The international bookshop Kutak Knjiga - The book corner opened on June 16th 2014.
Here, you will be able to find new and second-hand books in English but also twelve other languages (Croatian, German, French, Spanish, Italian…).
We offer many books from local authors (Slavenka Drakulic, Robert Perisic, Miljenko Jergovic, Predrag Metvejević ... ) as well as classics and contemporary literature.
We will accompany you in your Croatian discovery offering you maps and guides of the region, traditional music from the Dalmatian coast (also called Klapa, a polyphonic chorus) and even… board games! 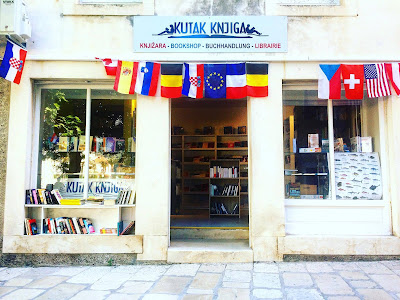 This bookshop is the accomplishment of the dream of Joseph Le Corre, from France.
Joseph fell in love with Croatia and the island of Korčula since his first trip in the region in 1983.
He will always be very happy to give you some advice and tips.
Don’t hesitate to come by and have a look !

We are pleased to invite you to a “memories evening” in the presence of writer Serge Boichot, which will take place on Thursday, July 11 in the municipal bookshop Ivan Vidal at 7:30 pm.

Serge Boichot is an aeronautical training pilot. He has collaborated with several aeronautical magazines. French and Croatian, he is the author of the book about island of Vis as well as a photo book about objects and memories of the former Yugoslavia.

Tonka Alujevic is a writer and artist from Split. At the festival she will present one of her most famous books Pol Oriha, Orahova Ljuska, which means "walnut shell", a story of a 289 cm (9 ½ ft) wooden boatwhich she sailed from Vis to Brest in France. Along with the book, a documentary following the journey of the small boat from Vis to Brest will also be shown.

We are pleased to invite you to the opening evening of the Festival Korčula Centre of Europe in the presence of writer Edi Miloš and the Mayor of the city of Korčula, which will be held on Saturday 13 July in the City hall of Korčula. Edi Miloš presents his work on Antun Radić, founder of Croatian ethnography and Croatian Peoples' Peasant Party (HPSS).

Edi Miloš holds a PhD in History from the University of Paris-Sorbonne and teaches philosophy at the University of Split. He wrote a biography on Antun Radić, founder of Croatian ethnography and Croatian Peoples' Peasant Party (HPSS).

Korčula, Center of Europe is the name we have chosen for the cultural festival organized by the bookshop Kutak Knjiga from 11th to 28th of July 2019.

This name refers to the history and heritage of an island and a city in Dalmatia, between Venice and the Austro-Hungarian Empire, at the doors of the Ottoman Empire.

In the 19th century, the island belonged to the Illyrian provinces. Then, from the end of the First World War until 1991, Korčula and Croatia were part of Yugoslavia, between east and west of Europe. During the 20th century, the Dalmatian coast, and most of the Adriatic islands, were marred by the sudden and swift departure of their populations, fleeing a situation of economic misery but also the crisis of phylloxera and other diseases that affected the local vines. The result was massive emigration to America, Australia and Africa.

But the name of festival is mainly a nod to the summer-time Korčula of the 21st century. For the duration of a season, German meet Italian, French meet Czech, Polish meet Spanish, British meet Slovak, and many others come from far-off lands.

This festival wishes, above all, to offer everyone in the fabulous setting of the island and the serene context of the holidays, shared moments of culture and relaxation, positive and constructive exchanges for our European future.

Program
We will offer a selection of books and films related to Korčula or Croatia, from different angles and in a variety of languages including Croatian, French, English, German, etc.
Around the theme Korčula, Center of Europe we will organize evenings in the late afternoon around certain themes, among which:

Timing and organization of sequences
The festival will be held in July 2019, all sequences are scheduled for late afternoon from 6-7 pm. Each evening will have a theme and usually at least two authors or speakers. Presentations and exchanges will take place in two languages depending on the expected audience. Partnerships will be organized with local public actors as well as with Korčulans personally invested in the themes of the different events.


Below you can find a list of authors who have confirmed their participation in the festival to date.

We are waiting for some additional answers of which we will keep you informed.

They speak about us 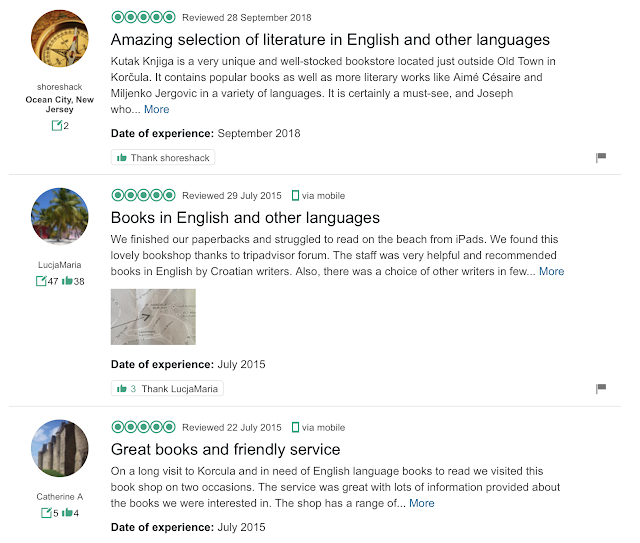 Selection of books and authors